Welcome to the Roger Rabbit Wiki

A wiki about the Disney character, Roger Rabbit and friends from the film Who Framed Roger Rabbit?

Roger Rabbit is frantic over-anxious who often stutters while screaming. The character first appeared in the book, Who Censored Roger Rabbit? by Gary K. Wolf, which was adapted into the 1988 Academy-Award winning Walt Disney film, Who Framed Roger Rabbit?. Mixing both live action and animation to create a believable "toon" universe.

In the book, Roger is a sidekick in a popular comic strip called "Baby Herman", his murder is being investigated by a detective named Eddie Valiant and a slowly evaporating stunt doppelganger of himself that he created hours before being shot.

In the film version, he is re-envisioned as a 1940's character in animated cartoons and a resident of the fictional Los Angeles enclave, Toontown. He is framed for a murder and seeks out Valiant to help clear his name. 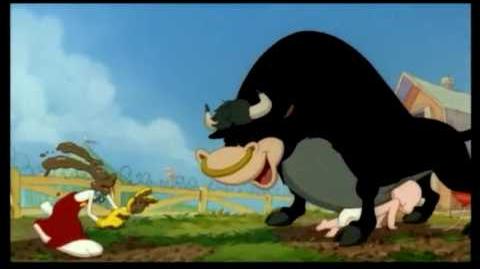 Retrieved from "https://rogerrabbit.fandom.com/wiki/Roger_Rabbit_Wiki?oldid=6239"
Community content is available under CC-BY-SA unless otherwise noted.